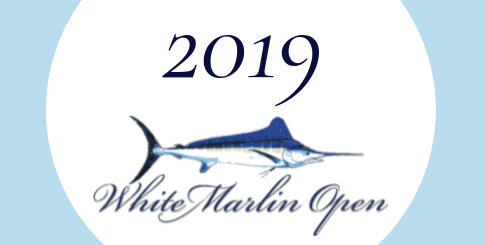 The 46th annual White Marlin Opening is coming back to Ocean City, MD August 5-9th! This deep-sea fishing tournament is looking for catches such has White Marlin, Blue Marlin, Tuna, Wahoo, Dolphin, and Shark to give out awards. This tournament has grown tremendously since it began in 1974, when first prize was a meager $5,000. Fast forward to 2018 where the WMO award over $5.4 million dollars in prize money with the top individual prize of $2.5 million dollars! Last year the event included 382 boats, over 3,000 contestants. If you’re interested in knowing more, or watching as the boats roll in for weigh-ins, here’s all you need to know!

Anyone can enter if you pay the fee, and own a boat. Starting on August 6th boats can leave no earlier than 4:00 AM and the fishing lines are not allowed in the water even just a minute before 8:30 AM. All anglers must be done fishing by 3:30 PM, however if you have a fish on the line at 3:30 PM than the line can be reeled in until lost or caught. All fish must be weighed in at the official scale at Harbour Island on 14th st. Bayside.

Thousands of spectators join each other at the inlet during the early hours of each morning to cheer on boats of all sizes, as they head out to sea, in search of the prize winning fish. Weigh-ins are from 4:00 PM- 9:15 PM each day, and are free of charge to the public. Everyone eagerly awaits the arrival of each boat for the first glimpse of what flags might be flying from their riggers as they approach. They’ll be looking for any fish flag that is right side up, because that means they have fish onboard! If an angler arrives with a flag flying upside down, that means they caught and released the fish pictured on the flag. There will be music and great crowds to enjoy the spectacle, be sure to stop by and experience this for yourself!

Parking is not available at Harbour Island, but the Presbyterian Church on 14th Street, just a block away, offers parking for a small donation. You can also park for free at the Ocean City Convention Center, then catch a shuttle to the weigh-ins.